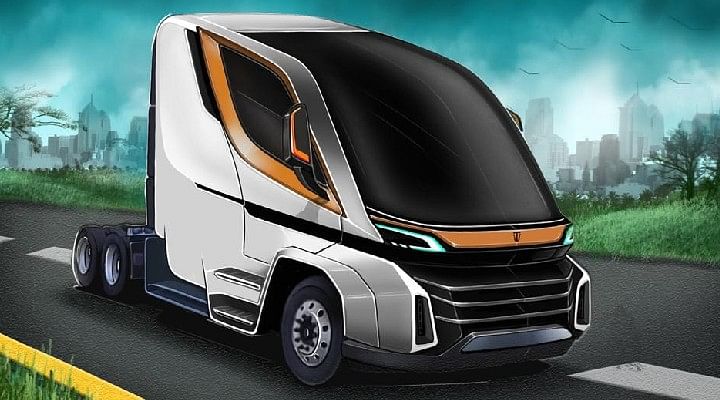 Triton EV is an electric vehicle manufacturer based in the United States and has been founded by Mr. Himanshu Patel who aspires to bring his products to the Indian Homelands. Just a few weeks ago, we brought you the news of Triton EV in talks to set up a manufacturing facility in Gujarat. This plan seems to have taken a leap ahead as the organisation is now all set to take over the bankrupted assets of AMW Trucks in Gujarat.

So as to sustain in a competitive market like India where the options on offer are highly consumer centric, the Made in India campaign has aided a lot of automotive manufacturers to reduce the costs for their offerings and enter the Indian automotive industry by manufacturing their products in India itself. Triton EV is no different as they would now be kick starting their manufacturing operations in India and their first electric truck is expected to be launched by the end of this year.

This manufacturing facility is spread over 3.7 Million square feet and would become the epicentre for Triton's electric vehicle manufacturing hub. Alongside the manufacturing plant acquisition, Triton EV plans to employ the people who have lost their jobs due to the closure of AMW's manufacturing operations.

The organisation focuses on rapid growth and wants to roll out their products with cutting edge technology and with their plan of action, they aim for their first commercial electric vehicle to be rolled out by the end of this calendar year with the mission to manufacture the best with their revolutionary energy structure.

So, what do you think about the Triton EV? Share your views in the comment section. Let's get into a discussion with this in our 91Wheels Telegram and 91Wheels Whatsapp group, where you can know more about vehicles, conduct discussions on your favourite ride, and much more! You can also subscribe to our Youtube channel for our exclusive video content on the latest from the world of cars and motorcycles. Also, connect with us on Facebook, Instagram, and Twitter for more about vehicles!