Tata Hydrogen Bus Approved By The Government For Trials On Road 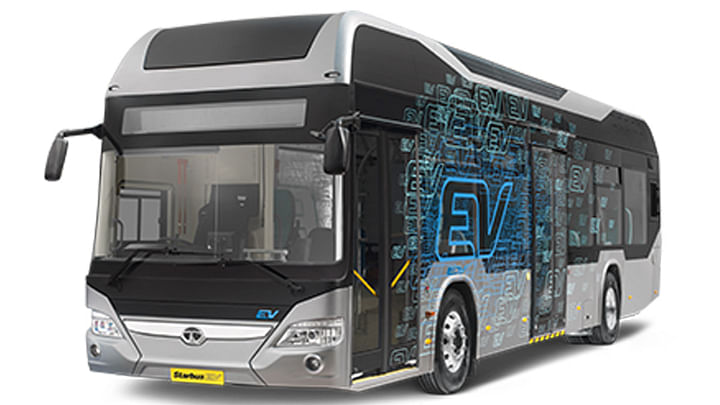 In the pursuit of the exploration of alternate fuels for mobility on the Indian roads, every brand is investing in research and development of breathtaking technology. Tata is one such brand which has never stayed back in this race. With a comprehensive commercial vehicle lineup, Tata also develops CNG trucks, electric buses and is working on many technologies simultaneously. One such breakthrough is the hydrogen bus being developed by the Indian manufacturer. Stay tuned to know more about the Tata Hydrogen Bus in detail.

Hydrogen powertrains work on a simple principle of combustion of hydrogen in the presence of oxygen which leave water as the only emission which is non polluting as well as non hazardous in any sense. The disposal is easy too! We have earlier seen multiple brands working on this technology. Toyota had recently released the Toyota Mirai for testing purposes which inculcates a hydrogen powertrain. The buses developed by Tata Motors have received an approval from the government for road tests to commence.

The hydrogen based proton exchange membrane (PEM) fuel cells for vehicles on test in India are currently being manufactured by Indian Oil Corporation for testing purposes. Tata Motors had recently bagged a tender from Indian Oil Corporation Limited for fifteen hydrogen fuel cell buses and an MOU has been signed to present two of these buses for demonstration purposes. This is an internal project by IOCL which is being partly funded by the Ministry of Petroleum and Natural Gas.

With the green flag from the Ministry of Road Transport and Highways (MoRTH) for road tests to be conducted, Tata will now perform rigorous real life tests to check for the feasibility of this technology in India after receiving the road permit. The testing of the second phase of these prototypes is going to begin in just a few months and more buses would be added with time on these testing ventures.

So, what do you think about this Tata hydrogen Bus? Share your views in the comment section. Let's get into a discussion with this in our 91Wheels Telegram and 91Wheels Whatsapp group, where you can know more about vehicles, conduct discussions on your favourite ride, and much more! You can also subscribe to our Youtube channel for our exclusive video content on the latest from the world of cars and motorcycles. Also, connect with us on Facebook, Instagram, and Twitter for more about vehicles!